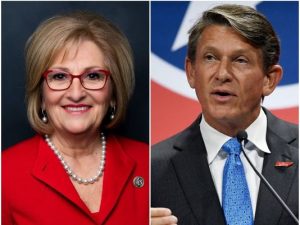 “You learn more from losing than winning…..” Morgan Wootten

On Thursday August 2, 2018, residents of my state in Tennessee decided who will become the Democratic and Republican nominees for governor, U.S. Senate and a host of state legislative contests. Arguably the most watched contest of this election cycle was the coveted Republican and Democratic nomination for the Governor’s race.  There were six candidates vying for the nomination on the Republican side and three vying for the nomination of the Democratic side.  Two of the six Republican candidates, U.S. Rep. Diane Black and Knoxville entrepreneur Randy Boyd, in my professional opinion, taught us three lessons we can apply to our investment strategy based on how they managed their campaigns.

Lesson One: The most Popular Investment is not always the winner– As recently as June, either U.S. Rep. Diane Black or Knoxville businessman Randy Boyd appeared to be relative shoo-ins to become Tennessee’s next Republican gubernatorial nominee. And although Boyd and Black had, at that point, netted endorsements from hundreds of Tennesseans, national figures and policy organizations, such backing appears to have had little impact on the end results of the race.[i] The same way it appeared that one of the two most popular candidates would win the gubernatorial race, the same philosophy is applied for some when they pick their investments.

If everyone at your office is talking about certain investments, if everyone at the gym, at church, on the golf course even on social media rant and rave about must have, can’t lose or can’t live without investments, we should proceed with caution.  Investment planning requires more than word of mouth or herd mentality in determining what works specifically for your retirement and investment goals. Just because an investment is popular among your circle, stock pundits or even third party analysts does not mean it should automatically be placed in your investment plan.  A sound investment strategy is critical to helping your money grow and, ideally, outpacing inflation. However, if you’re like many people, you may not have the time or the inclination to analyze how different investments or securities may fit into your portfolio. Before you invest your money, it’s important to identify and prioritize your financial goals, assess your risk tolerance and understand your investment options. Once you’ve identified your investment goals, you can begin to create an investment strategy that best fits your lifestyle. Part of your invest strategy is assessing your financial situation, creating a clear picture of your current financial situation, including analyzing your investment timeframe and your risk tolerance. Your investment strategy should also include understanding investing options, making decisions that are right for you by gaining knowledge on different investment types and accounts and much more.  Your investment planning and strategy should not be based on popularity but a plan.  I can help you develop that plan.  Call me today at 615-678-6603 for your free no-risk, no obligation Investment Plan Strategy session. I will help you create your own Investment plan or review your current Investment plan based on purpose and planning not popularity.

Lesson Two: Greater risk does not always mean Greater Reward: Some Republicans familiar with the Black campaign said it featured infighting and miscalculations that ultimately doomed her chances. Even before the race began, some Republicans thought it was a mistake for her to become the leader of the U.S. House Budget Committee in January 2017. Although the reward could have been great — the position could raise her profile and perhaps even lead to an endorsement from President Donald Trump — it was still a gamble. But perhaps there was no bigger miscalculation for Boyd and Black than their decision to launch attacks against not only one another but Lee. Once the attacks began in early July, the race quickly tilted in favor of Lee, who stayed out of the fray, leading to his surge in the polls and ultimate win. Just like these candidates risked their campaigns on big gambles, many pre-retirees and retirees risk their life savings chasing returns, trends and gut feelings in an attempt to strike it big in their investment portfolio.

For most of our investing lives we’re told that we should invest in a way that matches risk and return, the implication being that you should try to achieve the highest returns possible given the level of risk you can tolerate. And when you’re trying to accumulate a nest egg large enough to support you in retirement that approach makes sense. Once we retire, however, the goal for most of us is no longer to grow our nest egg as much as we can. Rather, it’s to ensure that the savings we’ve accumulated will be able to provide us with income throughout a retirement that can last 30 or more years. However, finding the proper balance and mix in our investment planning is difficult and for many daunting.  Now, more than ever, is the perfect time to ensure you are not taking more risk than you should for your particular stage in life.  I can help you asses your current risk exposure in your investment portfolio by providing you a complimentary Portfolio Stress Test. Stress testing is a simulation technique used on asset and liability portfolios to determine their reactions to different financial situations. Stress testing is a useful method for determining how a portfolio will fare during a period of financial crisis.[ii] It is better to know how much risk you are exposed to before a market correction happens not after.  Let us help you assess if your investment risks are potentially greater than your expected reward.

In essence, we are not succeeding as well as we think and if that was not bad enough this financial advice we are paying for to help us succeed is costing us more than we realize. The two most popular investment vehicles used in investment plans today are mutual funds and variable annuities.  We just read that mutual fund managers typically do not outperform the market, yet we are paying on average 3.17% per year in our mutual funds[vi] and 3.61% per year in variable annuities[vii] and those are just the averages you could be paying more.  Characteristically speaking, variable sub-accounts are, for all practical purposes, mutual funds in disguise. In fact, some sub-accounts are virtual (if not exact) clones of their fund counterparts.[viii] If you do own mutual funds or variable annuities as part of your investment plan it would behoove you to call me so I can provide you a Complimentary Comprehensive Fee Analysis for your investment plan.  You could be overpaying for your investments and not even know it. As always, it is what you don’t know that can hurt you most.  Getting a second opinion on your investments maybe the best decision you make regarding your financial future.

If you enjoyed this information be sure to check back every week for more insight and also share this blog with others who need to hear this message.  Thank you in advance.