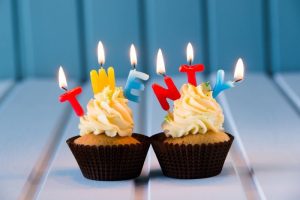 “The best things in life are tax free.” Joseph Bonkowski

Do you remember much about the year 1998? 20 Years ago Bill Clinton was our President, the news cycle filled airtime talking about the Unabomber and Boyz II Men was topping the Billboard charts.  But 1998 also ushered in the new tax changes from the Taxpayer Relief Act of 1997 that was enacted August 5, 1997.

Starting in 1998, a $400 tax credit for each child under age 17 was introduced, which was increased to $500 in 1999. This credit was phased out for high-income families. The top marginal long term capital gains rate fell from 28% to 20%, subject to certain phase-in rules. The 15% bracket was lowered to 10%. The act permanently exempted from taxation the capital gains on the sale of a personal residence of up to $500,000 for married couples filing jointly and $250,000 for singles. This exemption applies to residences the taxpayer(s) lived in for at least two years over the last five. Taxpayers can only claim the exemption once every two years. (This rule changed under the recently passed The Tax Cuts and Jobs Act of 2017[1]). The act also provided tax exemptions for retirement accounts as well as education savings in the Hope Scholarship Credit and Lifetime Learning Credits. Some expiring business tax provisions were extended.[2] Arguably the single largest benefit passed under the Taxpayer Relief Act of 1997 was Roth IRAs were established, permanently exempting these retirement accounts from capital gains taxes.

A Roth IRA is an individual retirement plan that allows participants to save for the future. Unlike other plans such as a traditional IRA or an employee-sponsored 401(k), contributions to a Roth IRA are not tax-deductible. They are made with after-tax dollars, but the money in the account grows tax-free. When you take a qualified distribution from your Roth IRA, you do not have to pay taxes on the money. Like beauty, the benefit of a Roth IRA is in the eye of the beholder. It all depends on the beholder’s tax bracket—both now and when he or she retires. Roth IRAs make the most sense if you expect your tax rate to be higher during retirement than your current rate. That makes Roth IRAs ideal savings vehicles for young, lower-income workers who won’t miss the upfront tax deduction and will benefit from decades of tax-free, compounded growth.  As an example, if a 20-year-old puts $5,000 a year into a Roth for 10 years and then stops contributing (because they make more than the phase-out amount or need a tax deduction of future contributions to a Traditional retirement account), the 10 years of Roth contributions and growth—let’s say at 8% interest a year to age 65—could total about $1,070,944 of tax-free dollars.  Planning opportunities exist for parents and grandparents in that they can fund the Roth for a young person in years that they earn income but don’t make enough to save to the Roth.

Roth IRAs also appeal to anyone who wants to minimize their tax bite in retirement, as well as older, wealthier taxpayers who want to leave assets to their heirs tax-free. (Unlike Traditional IRAs, there are no required minimum distributions [RMDs] on Roth IRAs, so well-funded retirees can leave their Roth money untouched if they don’t need it.)  You can contribute to a Roth IRA at any age as long as you have earned income from a job.

First things first. Roth IRAs have income eligibility limits, so if you make too much money, you can’t contribute to a Roth IRA. But with a 2016 median household income of just over $59,000, according to a 2017 report from U.S. Census Bureau, most Americans qualify for Roth IRA contributions. (If your income is too high, you can convert some or all of the assets in your traditional IRA to a Roth IRA, but you’ll have to pay taxes on the entire amount you convert. For details, call us at 615-678-6603 to discuss Roth IRA conversions).

For the 2018 tax year, here’s what you can put in a Roth IRA, depending on your income, age and tax-filing status.

If you are married filing jointly, you can contribute the maximum amount to a Roth IRA if your MAGI is less than $189,000.

To make a partial contribution

At higher income levels, you can contribute less, based on a formula devised by the IRS.  The relevant income figures:

You can’t contribute to a Roth IRA at all if your income is above those levels.

Special rules apply to married couples who live together at any time during the year, but file separate tax returns. Neither can contribute to a Roth IRA if their income exceeds $10,000.

One caveat: If you earn less than the maximum contribution limit, you can contribute only as much as you earned. If, for example, you earned just $3,000, you could contribute only $3,000 to a Roth IRA for the year. Non-working spouses can contribute the maximum amount to a Roth IRA as long as the working spouse earns enough to cover the contributions to both accounts and the household income doesn’t exceed the IRS income-eligibility limits. Learn more about Spousal IRAs.

Beyond tax rates, some unique features of the Roth may influence your decision about whether to contribute to a Roth IRA.

Flexibility: You can withdraw your contributions at any time without taxes or penalty. Although you normally must hold the Roth account for at least five years and be at least 59½ before you can tap the earnings tax-free and penalty-free, there are exceptions, including death or disability of the account holder or to use up to $10,000 to purchase a first home for yourself or certain family members. In addition, you can avoid the 10% early withdrawal penalty, but will still incur income taxes, if you withdraw earnings early to pay higher-education costs for yourself or a family member.

No mandatory withdrawals: Roth account holders are never forced to withdraw money (Traditional IRAs require withdrawals beginning at age 70½). This is particularly useful for estate-planning purposes because it allows the account balance to continue to grow. Heirs pay no income taxes on inherited Roth IRAs, but they are required to take distributions over their lifetimes.

Saving during retirement: You can make contributions to a Roth if you continue to work past retirement age, as long as you stay within the income limits. Workers over age 70½ cannot make Traditional IRA contributions, so unless they have access to a retirement plan at work, the only option for investments that grow tax-advantaged is within a Roth IRA. Otherwise, savings would need to be placed in a taxable account

So as we celebrate the 20th Birthday of the Roth IRA its future looks bright. These accounts have grown in number and in balance size over the past 20 years. You can expect Roth IRAs to play an even bigger role in the future. In fact, the trend in Congress when debating retirement savings is toward more Roths not less.  If you would like to know how a Roth IRA could enhance your current Retirement plan call me today at 615-678-6603.