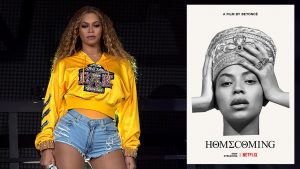 “Whatever you do, strive to do it so well that no man living and no man dead and no man yet to be born could do it any better.” ~ Benjamin E. Mays, President of Morehouse College 1940-1967

Homecoming (stylized as HΘMΣCΘMING; subtitled: “A Film by Beyoncé”) is a concert film about American singer Beyoncé and her performance at the 2018 Coachella Valley Music and Arts Festival. It premiered on Netflix on April 17, 2019.[i] After reading and hearing the rave reviews I watched the concert film Saturday evening (and I recommend you do as well) and quickly realized that Beyoncé teaches us four lessons about retirement planning that we should apply to our lives:

Do yourself a favor, watch HΘMΣCΘMING on Netflix and then apply the four retirement planning lessons we learn from this film by Beyoncé.  If you would like someone to help you apply these four lessons into your retirement plan we would love the opportunity to serve you. Feel free to call us at 615-678-6603, email us at info@rollovercompany.com or visit our website www.rollovercompany.com to learn how we can partner with you to make retirement vision a reality.